Oh, Courthouse Mountain, you are such a tease!

Two attempts and I still didn't make it to the top.  According to all the trail books, the 360 views at the top are worth every step, but it just wasn't meant to be .... yet.

The first day, I was thwarted by the slickest, gooiest, soupiest mud I've ever experienced.  There just wasn't any getting traction at all.  I gave it a good effort, ending up covered head to toe in mud from all the slips and tumbles, but when the puppies started to fall, I called it and turned around.

The second attempt was after the sun had been out a few days and the mud was much drier.  This time, though, it was the snow that got me.  My snowshoes & crampons hadn't been delivered yet, so we did our best to scramble up in the snow with just boots.  Made it a little bit farther this time, but still no dice.

Guess I'll have to try again in the spring. 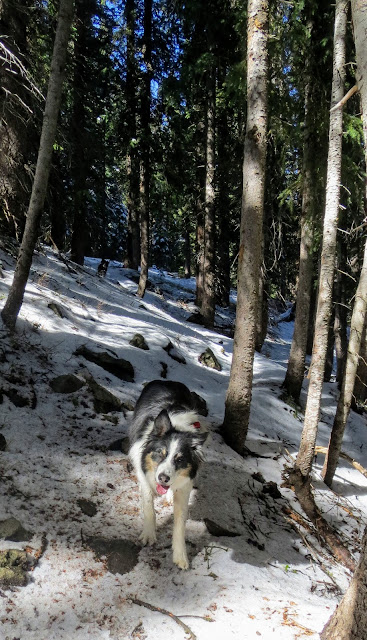 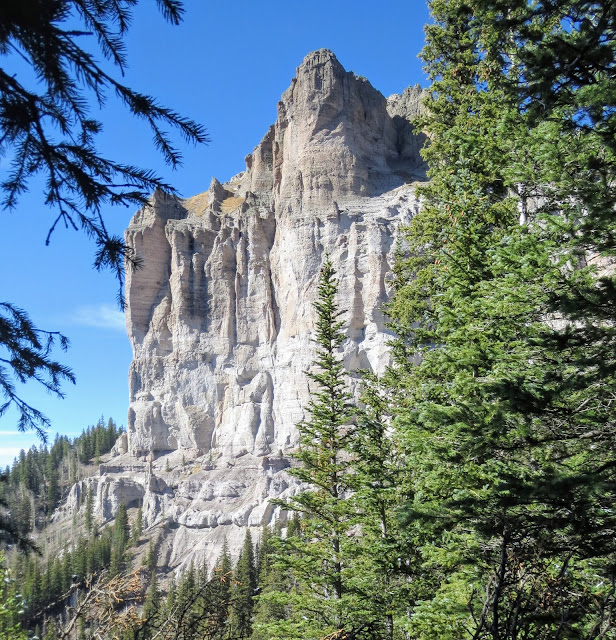 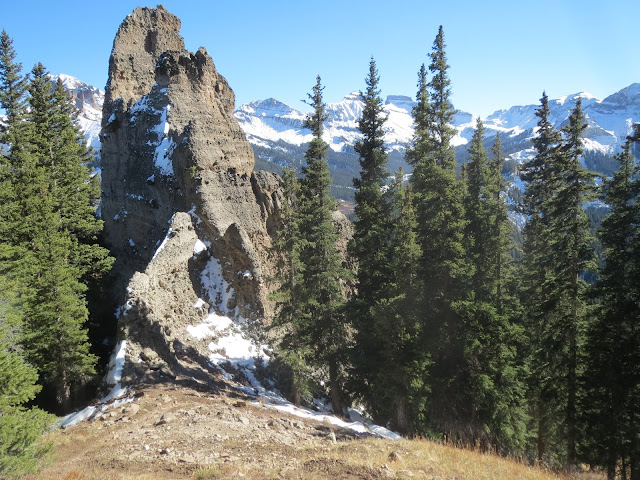 Knowing that the top really does exist, and can be easily accessed in the summer, gives me hope.  Check out photos from our neighbor's successful hike up Courthouse Mountain here:  https://boxcanyonblog.blogspot.com/2017/09/indulging-my-courthouse-compulsion.html
Labels: CO, trail-reviews
Newer Post Older Post Home