Even though we are generally headed northwest, we started our trip by heading east to Houston.  Why?  The Red Sox were in town. 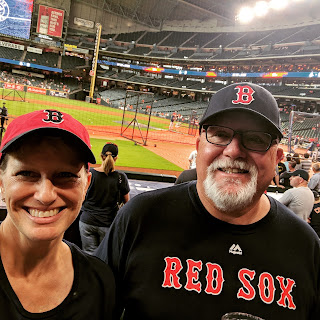 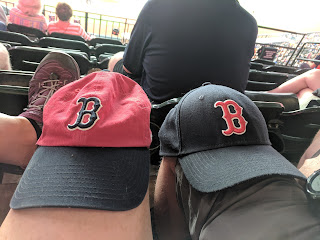 Red Sox lost, but it was still a good game.  I was impressed with the Houston fans - even though we were both covered in Red Sox stuff, nobody yelled any obscenities at us.  Maybe that only happens in Boston and New York??
Labels: baseball, travels, TX
Newer Post Older Post Home