Stoneyhead Brewing is about as legit as an independent brewery can get.  Buried deep in an industrial park, this is a no frills, all-about-the-beer little slice of heaven. 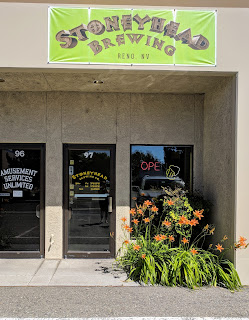 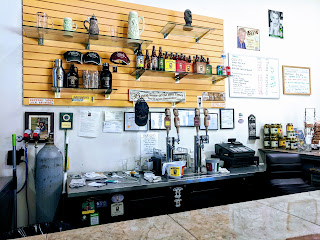 So we dutifully tasted all of them, and listened intently to his explanations of each one, including a few that were mixtures of two beers.  He even got Doug to try two porters (which he HATES).  Then he explained the 3 limited batch barrel-aged brews and ordered one of those to try.  The bartender made sure we never saw the bottom of our popcorn bowl and we had a great time chatting with the locals who were all regulars.  The beer itself wasn't really my style, but Doug liked it enough to get a growler filled.  If you're serious about beer, you've got to stop by this place! 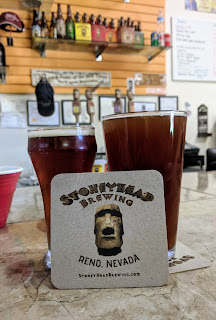